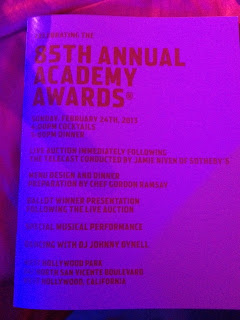 Oscar 2013 night I had the distinct honor of attending Elton John's Academy Awards Viewing Party, held at the West Hollywood Park.  Tented beyond belief, the party is held inside a labyrinth of white walls and spacious rooms.

The first stop was cocktails in the open aired tent.  In attendance with friends from Augusta and Beverly Hills, we sipped champagne and spotted the stars as they came to the party.  Bono, Jim Carrey, Heidi Klum, Emma Roberts and more walked the red carpet into the dining tent. 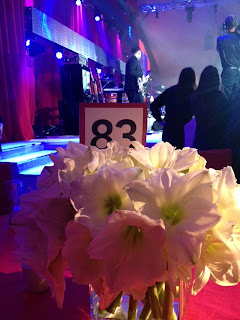 With around 700 people in attendance, this is a big party.  We had a great table right beside the stage area where a keyboard sat waiting.  Huge televisions surrounded the room, offering everyone a great view of the Oscars show.  What a fun way to watch the Oscars: all dressed up, surrounded by celebs, and all while with some favorite friends.  Not to mention the fine food of Gordon Ramsey. 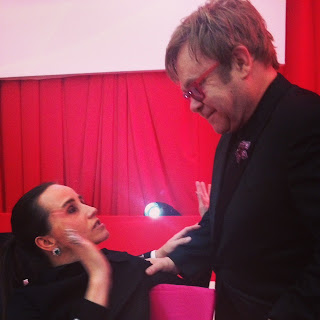 The Elton John Aids Foundation has been raising money for HIV/AIDS for over 20 years, reaching a benchmark this year of $300 million - $6 million raised the night of this event.  And Elton is the ultimate gracious host.  He and his partner David Furnish personally greeted every guest, visiting all 70 tables.  We were able to talk to him about his performance in Augusta earlier that fall, and friend Heather gushed over how great he was.  Augusta loves Elton John and Elton loves Augusta! 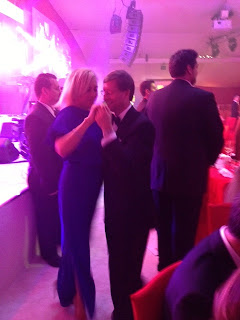 After the show Emeli Sande performed on the stage.  No Elton.  We then made our way to the after party for a little dancing.  Definitely my favorite Oscar night yet! To be included in the fight against HIV/AIDS in even the smallest way has never been so fun.

Posted by Sutton Stracke at 10:42 AM 2 comments: Links to this post